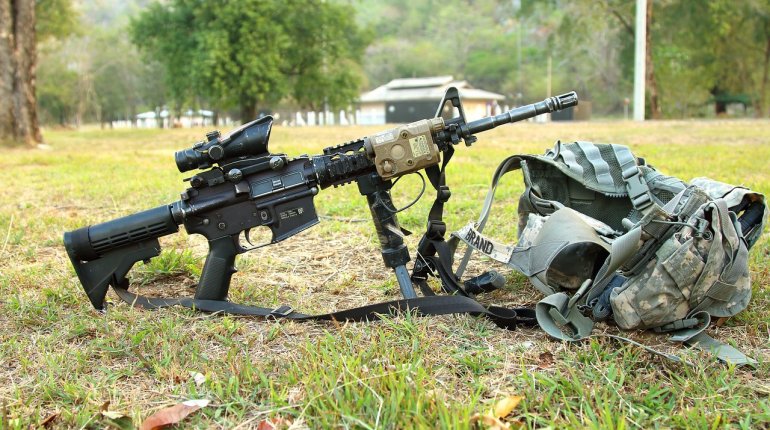 This is a very powerful topic that goes undiscussed on many levels. It’s something that kind of slips under the rug. Our second amendment gives us the right to bear arms and the issue with that is it also gives us some inherent idea that just by being American you know how to handle, store and shoot a gun. This problem is even larger in the prepper community and I will explain why.

To explain this, you must first understand the life of an outdoorsman. When you are brought up in a home where hunting and fishing are part of your culture you have a gun thrust into your hands at a young age. This doesn’t have to be a real firearm but as young as 5 years old you could be shooting a bb gun outback with Dad. Through this process, you will inherently become aware of the power and responsibility that you yield in just shooting that BB gun.

Now, from 5 to 25 you increase the safety knowledge and types of firearms you are shooting, also the frequency at which you shoot. You father or other respected figures drive gun safety into your head over those 20 years. You never point a gun at anyone, ever. You feel the power of a loaded gun and realize it can take someone off this earth. This is a comfortable growth that happens over two decades and builds a well-trained responsible gun owner.

Though there is an astounding amount of people in the prepper/survival movement that come from a military background or hunting background there are also plenty who do not. There are people who simply saw a show or read a book and jumped right onto the train.

Imagine a person whose understanding of firearms is limited to the PlayStation. They have spent most of their life in school, in sports and moved right into college. From college, they become an accountant and spent years in a desk chair.

One day this person decides it’s time to prepare for the apocalypse. At 35 they wander into a sporting goods store and buy an AR15. They take it home and hopefully shoot it a couple times at a range before storing it under their bed. It may be years before they buy a safe for that gun, depending on their situation. They have extinguished that fear of being unarmed in a collapse. What they haven’t done is taken the path of learning and training that is necessary when yielding a life ender like a gun.

Even with a single concealed carry class the disparity between the outdoorsman’s gun experience and training compared to the accountants is daunting. We must recognize this and dedicate ourselves to learning and respecting firearms to the greatest extent. If nothing else this will get a lot of legislatures off the back of the second amendment.

Below I will list some very important gun safety tips that should be adhered to if you are a gun owner.